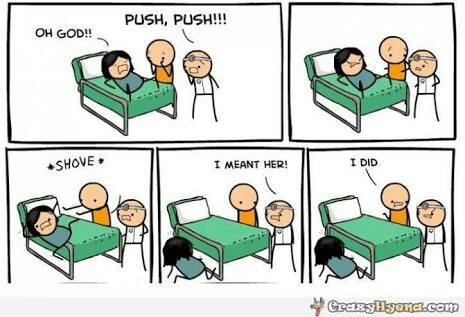 (Before I start this one, I want to be very clear that this story is shared with full consent.)

When I was a student midwife (heading towards the end of my studies), I was contacted by a Mama who was seeking some extra support during her second pregnancy and labour. She had a very young toddler at home, and her memories of birthing him were still pretty fresh and on her mind.

When we first met up to discuss things, she told me that she felt she had never experienced much of an urge to push when it came time to birth her baby. She was hoping that with this pregnancy, she would be able to push her baby out by herself, without needing any intervention.

As her pregnancy progressed, she did an incredible amount of ground work in preparing for birth. She researched pain relief options and their side effects. She explored implications of induction of labour. She sought out evidence for active labour positions, and coping strategies, and engaged her partner in creating a birth plan that she was happy with.

I had every faith that she would be able to achieve the birth she was hoping for, and I supported her decision to try for a drug-free labour, as she felt the medications she had received during her first labour may have impacted her ability to push well.

To be honest, as a student, I’d never before met a Mama who really had felt no urge to push. But I reassured her, many times, that when her body was ready, the pushing would happen. That she would know what to do.

“I’m going to need you to tell me what to do” she told me.

“I doubt it!” I replied. “Trust your body! You will birth this baby without being told how!”

The concept of coached pushing is something I’d always felt really uncomfortable with, and my approach as a student midwife had been very much about supporting the mothers to work with the sensations they felt. I hadn’t worked with many epidurals, and most of the mothers I had met seemed to know exactly what to do when the time came. There had been very few occasions where I’d needed to actively tell a mother when and how to push, and I’ll be honest, whenever I had worked in a situation where coached pushing was required, I felt uneasy. I don’t know exactly why, I just did.

Anyway, as time went on, this beautiful Mama found herself in a lovely, strong, spontaneous labour at term. She practiced all of the active labour techniques she had prepared for, and things were progressing quickly when she raised her head to look at me as she leaned against the side of the bed. She was showing lots of signs of being in transition and getting close to meeting her baby.

“Rysie, you’re going to need to give me something for this pain”.

My heart sank a little bit, knowing how much she had told me that she didn’t want to resort to pharmacological pain relief.

“Okay mate, what do you think you need? Perhaps we could get some gas set up for you?”

“No Rysie, I don’t want gas. Can I have a couple of Panadol?”

I caught the eye of the supervising midwife in the room, and raised my eyebrows in question. This was a first for me. Panadol in transition? She nodded, almost imperceptibly, and mouthed “If that’s what she wants…”

So, the Mama had her Panadol, and relaxed back into her labour.

It wasn’t long before she told us she felt ready to push, and as she started to work with her contractions, I could see she was frustrated.

I opened my mouth to answer her, and she cut me off.

And as the senior midwife in the room looked on with silent laughter all over her face (as she watched me processing how to get the hell over my own issues with coached pushing to provide what this Mama was asking for), I did what was asked of me, and I coached her.

And do you know what?

She pushed that baby out like a champion, as I went against all of my own pre-conceived feelings, and told her what to do. Afterwards, she thanked me after for really listening to her.

She knew what she needed better than I did. And had I stuck to my own assumptions around it, I would really have done her a disservice. She didn’t need my cheerleading. She needed my guidance.

From that birth, I learned three really important lessons.

1. Women-Centred is not necessarily the same as “hands-off”.
2. Projecting your own opinions into a birth room, or holding on too tightly
to assumptions, has the potential to create an unintentionally
unsupportive environment for that woman.
3. Listening to mums is REALLY, REALLY, REALLY IMPORTANT.

Later I spoke to the midwife who had been supervising me, and I mentioned to her how I had felt really out of my depth in that role.

Her response has stuck with me ever since.

“You weren’t out of your depth. You were providing what she wanted, even though it wasn’t what you expected. That’s midwifery!”

Ahhh. Indeed it is.

They tell us what they need. And it’s our job to listen, properly.

To the Mama who taught me this tremendously important lesson: Thank you. I don’t think you’ll ever quite know how much your labour and birth shaped me as a midwife, but it really did, and I’m so grateful for it.

View all posts by rysieblog