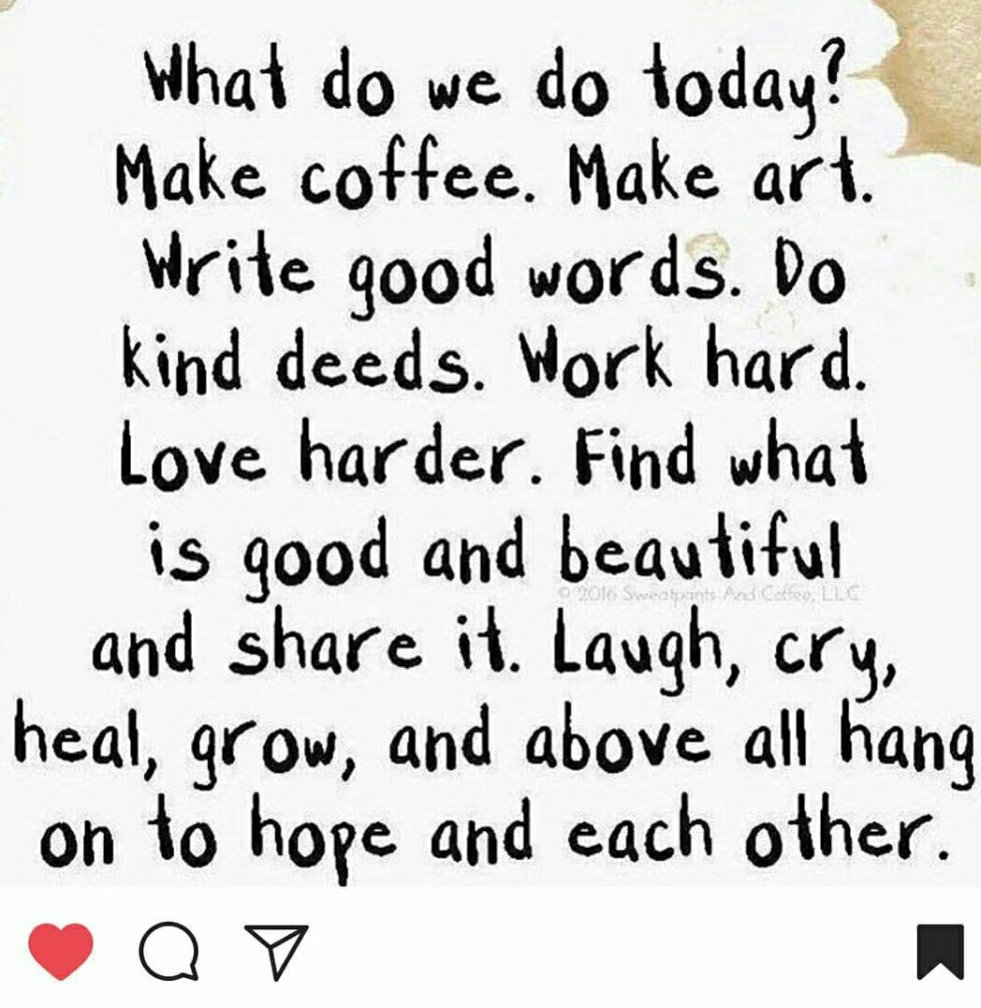 I’ve got a confession to make:

Lately, I’ve been struggling to write.

You might have noticed an increase in frivolous little posts up on the blog. Food posts. Cat videos. Light hearted busy work, mostly written and posted to try and see if my head would come to the party and start creating what I wanted to create.

Usually, whatever thoughts are bouncing around in my head flow pretty organically through my fingers into blog form, and that brain concoction becomes my post for the day, or the week, or whatever. I really love to write, especially about things that I’m passionate about. Cat videos don’t usually rate too highly on the list of “things that Rysie is passionate about”, but I’ve found that recently, that’s all I’ve felt able to contribute.

I find that when I feel overwhelmed by events, or emotions, or there are just TOO MANY thoughts competing for space up there, well, I simply can’t find the words to release them. Thus, cat videos and food posts are all you get from me.

The recent rape and murder of Eurydice Dixon, and the subsequently vile media storm that followed, rattled me to my core. The disappearance and presumed murder of Sydney woman, Qi Yu, and then the rape of an eleven year old girl in the same week made me feel like tearing my skin off in despair.

Just days later I read about another sick prick who raped his son (and got fuck all jail time), and then subsequent multiple headlines relating to court cases that referenced adults “having sex” with children, and I genuinely felt so overcome with rage and disgust, that I could barely speak about it, let alone write. (For the record, adults don’t “have sex” with children. They RAPE them. Anyone who works in the media and phrases this shit this way needs to be fired, immediately).

Now, some of you guys know me well, and I don’t think I’m exaggerating to say that I’m a fairly optimistic kind of girl. I can usually find the good in most things – silver linings, and all that jazz – and I really, truly try to see the good in people.

But honestly? The past few weeks have just highlighted, repeatedly and relentlessly, that humans can really, really suck. And while we live in a society that is complicit in letting it continue, with pathetic jail sentences, bullshit community corrections orders, and victim blaming galore, I’m struggling to see how all of this can get better.

How is it even fathomable that a convicted rapist can be released on a community corrections order, free to wander around in public, with the enforced and currently “acceptable” expectation that women should simply do better at protecting themselves? How can it be possible that the jail term for the murder of another person is less than what the life expectancy of that person would have been, had they not been murdered? Don’t even get me started on the ongoing issue of domestic violence, and the redundancy of AVOs and the associated victim blaming that goes along with that…

I see jail terms of 3 months, 6 months, 2 years….for violent, horrific crimes, predominantly against women and children, and I just want to weep. Why are we worth so little?

Where is the ZERO TOLERANCE approach to this stuff?

In the interests of not going completely insane last week, I stepped away from the media. I stopped listening to the radio, reading the paper, watching the telly, or looking at headlines. And I know, really, that doesn’t help anyone but me, because all of this stuff continues to happen, whether we are looking or not.

It helped my mental state, and gave me a chance to reset.

But I’m still furious, and I still feel helpless.

So today, I’m focussing on this quote by Sweatpants & Coffee, which reminds me that despite all of the horror in this world, I can do little things to help. Although I had started to think that the little flame in my belly that used to burn so bright for justice, equality and truth was being reduced to embers, I realise it’s still there. Just a bit dampened by sadness.

So what can I do?

I can speak up, be loud, ask the uncomfortable questions, and advocate for those who need it.

I can challenge people, unashamedly, about what they meant by that comment, or that joke, or that Facebook meme.

I can raise my children to be the people who continue to stand up and fight against this shit.

I can teach them both that violence against another person (sexual, emotional, or physical) is not only the wrong thing to do, but it’s completely fucking unacceptable.

I can teach them to be confident enough to speak up when something’s going down, and I can correct the language I hear popping up from school from kids who have internalised too much of this shit already.

I can teach them that no matter how “good a bloke” someone is, if they are smacking their partner around, or demeaning them, or making creepy rapey jokes, then actually, there’s nothing good about them at all.

Because GOOD PEOPLE don’t go about their day HURTING other people. Period.

On top of all of that, I can focus on love and hope, rather than fear and anger (which is where I’ve been sitting, for longer than I’ve been comfortable). That may mean loving the “unloveable”. It may mean looking past the initial presentation. It may mean simply believing someone.

And, I can write. My words are back, and it’s time to use them.

Thanks for sticking around.

And if you happen to know something about a crime, that you haven’t yet reported, have a look here, and get that shit sorted.
http://www.crimestoppers.com.au

View all posts by rysieblog